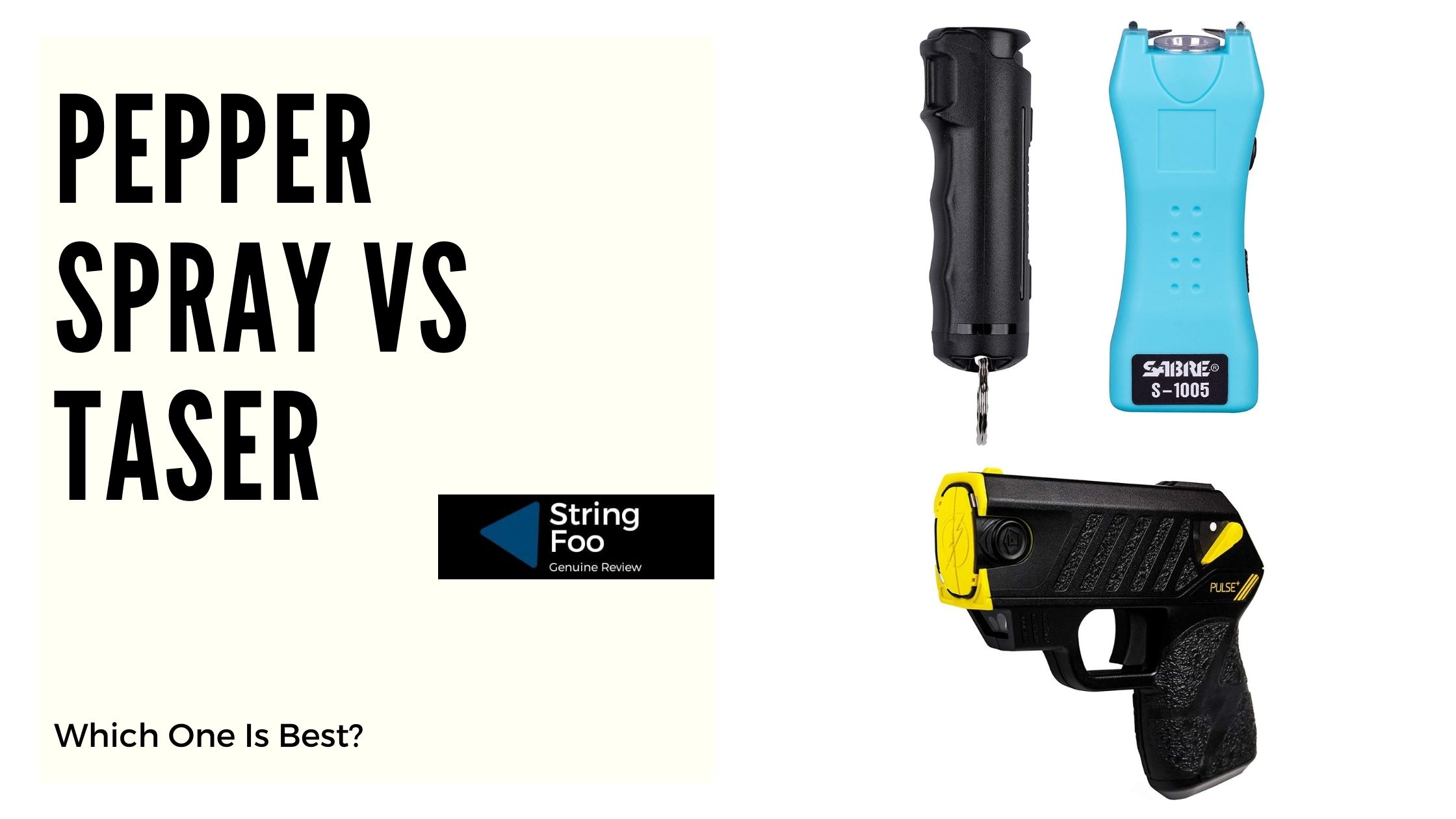 When deciding between a Pepper Spray Vs Taser, there are various factors to consider. Let us inform you about the advantages and disadvantages of each before you decide which is ideal for you.

Pepper sprays are self-defense or law enforcement weapons that include oleoresin capsicum (OC), 2-chlorobenzalmalononitrile (CS), or both.  Other pepper sprays and OC sprays, as a rule of thumb and self-defense industry norm, have an 8-12 foot range for small units.

By pressing a dispense button or lever, you may control these devices just like any other spray. Chemical chemicals like OC and CS can temporarily blind, irritate the skin, and cause shortness of breath in an attacker. 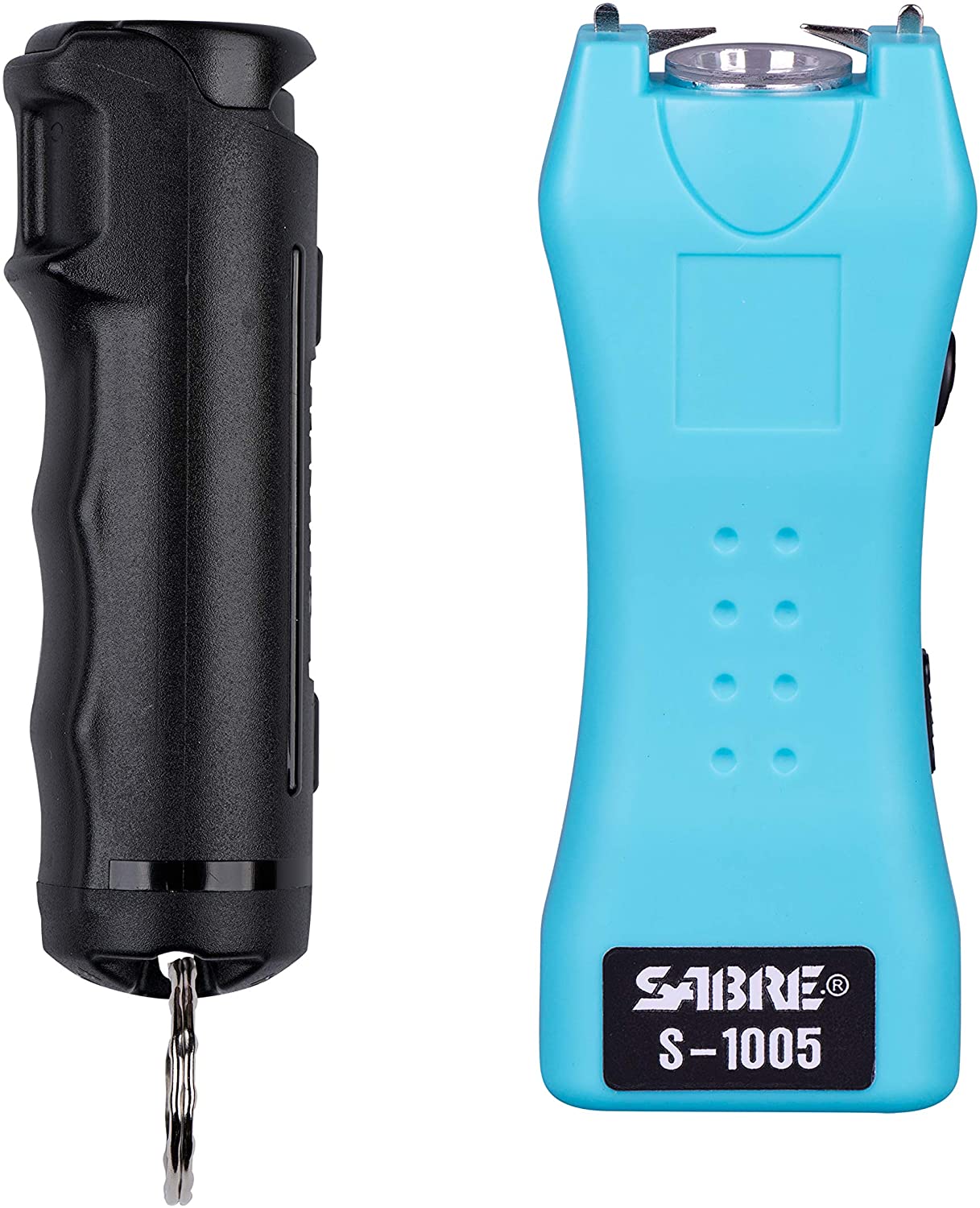 Is Pepper Spray Effective As A Weapon Of Self-Defense?

Pepper spray is an excellent non-lethal self-defense, law enforcement, and crowd control weapon. Civilians can use it to disable an attacker, try to flee, and find a means to alert authorities.

UV dyes can be combined with eyewitness evidence to lead to the criminal’s apprehension if a civilian has had the opportunity to spray on the attacker.

Is It Possible To Go To Jail If You Use Pepper Spray On Someone?

Pepper sprays can be dangerous in some cases. Pepper sprays must be purchased, used, and transported according to rules.

The intentional use of pepper spray to hurt another person is a crime punishable by law.

In addition, other than restraining an aggressor or a criminal, unauthorized uses might result in criminal or civil liability.

Is Having Pepper Spray Illegal?

In general, possessing pepper spray is not against the law. Since its inception in the 1960s, pepper spray has been widely used.

Although most US states allow legal pepper spray ownership, other states impose restrictions on the amount of pepper spray you can carry and the age of the individual who can take it.

In other places, such as New York, a person must have never committed any felonies or assault crimes.

Is It Possible To Get Police-Grade Pepper Spray?

Commercially available pepper spray versions can be of the same quality and potency as those approved for use by police enforcement.

Local regulations and norms regulate which products civilians are allowed to own and use. Check your local laws to prevent buying things that break them.

Pepper Sprays Are Illegal In Which States?

Pepper sprays are lawful to buy and carry in all 50 US states since they are considered personal defense weapons.

Some jurisdictions impose limitations on importing goods from other countries and selling them to minors.

When trying to own a pepper spray, check with your local police department to see what rules you should follow.

A taser, often known as a stun gun, is a public-safety or law-enforcement equipment that temporarily uses stored electricity to incapacitate or disable someone with an electric shock. Tasers are Conducted Energy Devices or Weapons (CEDs or CEWs) that deliver non lethal electric shocks that paralyze a person’s muscles.

My colleagues and I use tasers to impair an assailant’s voluntary muscle control so that we can approach and seize them without resistance. On the other hand, civilians can employ tasers to defend themselves against nearby attackers and flee to safety. 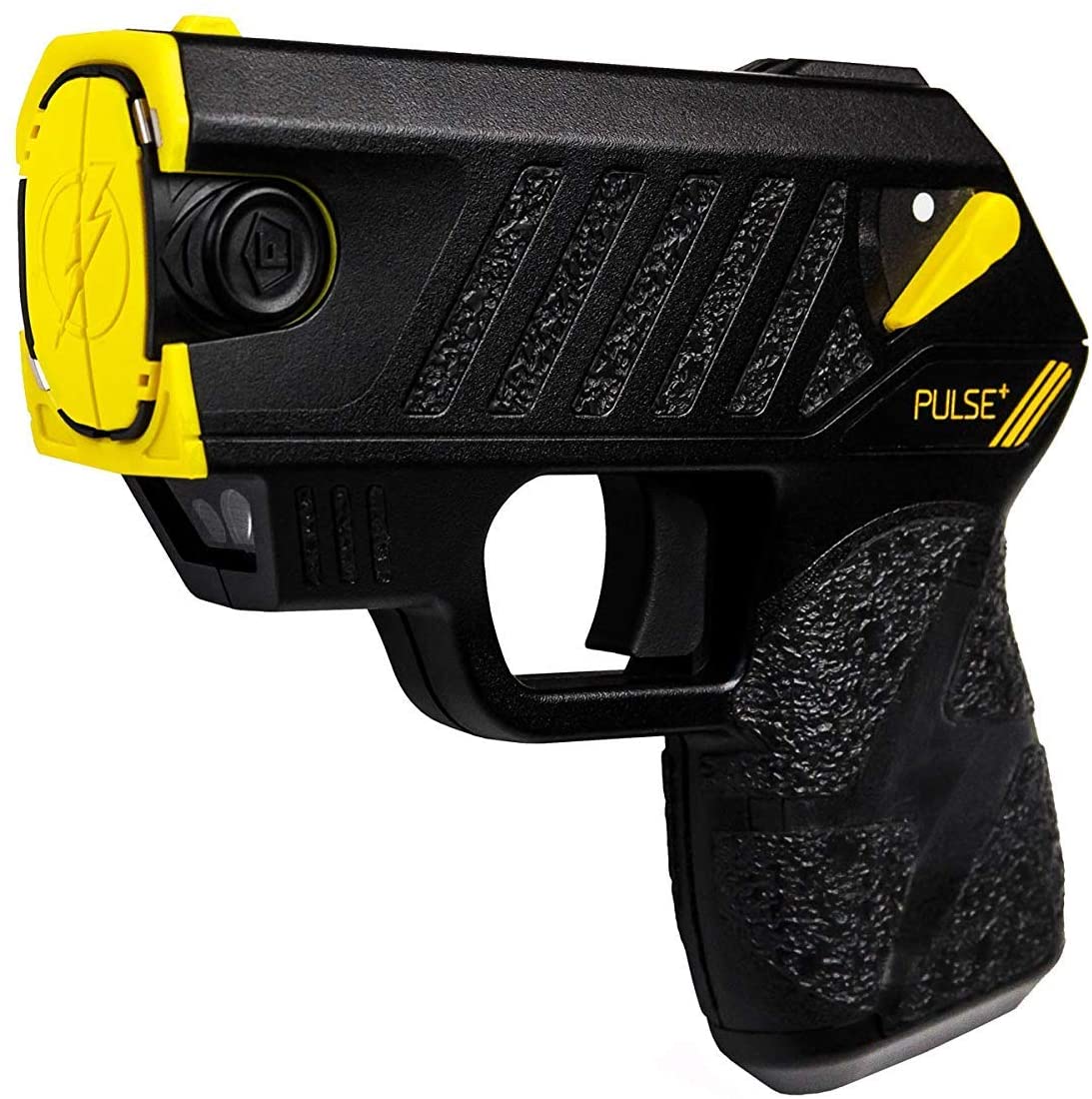 Is A Taser An Effective Self-Defense Tool?

Tasers are a common and effective tool for public self-defense and law enforcement. It is very light, like pepper spray, and may be carried in a pocket or purse.

If you use a taser to incapacitate an attacker, you’ll have enough time to summon law enforcement to apprehend the attacker.

Is There Any Possibility Of Going Jail For Tasing Someone?

Without a doubt, there is some possibility. Tasers have certain limitations since they cause some harm during self-defense or arrests. The intentional infliction of damage with a taser without justification is a criminal offense.

Because Tasers are commercially available self-defense weapons, even criminals can use them to commit crimes. Because the improper use of a taser might result in death, the usage of tasers is regulated.

Is It Illegal To Have a Taser?

As we previously stated, Tasers are lawful to sell and buy in most US states, with few to no limitations.

Before purchasing a taser, we recommend speaking with your local law enforcement agency to learn about any rules or restrictions that may apply in your area.

Concealed carry permits, ownership permissions, and background checks are among the restrictions.

Is It Possible To Purchase A Police Taser?

Civilians are protected by state and federal regulations that limit the amount of injury that anyone, including law enforcement officers, can inflict during self-defense and apprehensions.

As a result, police-grade tasers have the same specs and limitations as commercially marketed tasers. You can purchase a police taser because cops utilize the same tasers as the general public.

In Which States Are Tasers Prohibited?

The number of states where tasers are allowed to buy and own has just increased to 48, while several states still have restrictions. Hawaii and Rhode Island are the two states that outright prohibit the possession and use of shock guns.

Having a piece of robust and reliable self-defense equipment on hand is part of being prepared for any eventuality.

You’ll need defense if a strange noise wakes you up in the middle of the night or if someone mugs you while you’re putting out the garbage in a dark lane behind your house.

Pepper sprays and tasers are the most common self-defense weapons. When deciding whether to use Pepper Spray Vs Taser, consider the differences between the two.

Some of these criteria are effective range, effective speed, legality, size, concealability or intimidation, lethality, and pricing.

One of people’s most common concerns is looking for new self-defense techniques: how close they’ll have to get to their attacker to launch a successful strike. The good news is that you can use pepper spray or a Taser gun with only a few feet between you and another person.

To put it another way, you might want to come closer to be more effective. A Taser is only as effective as your aim. Thus it doesn’t matter how near you are if you can contact the torso. If keeping your distance is crucial to you, a Taser might be the best option.

What is the speed at which each weapon will produce the desired effect? Both pepper spray and Tasers provide almost instantaneous results. As soon as the prongs make contact with your attacker’s body, tasers will shock them, and pepper spray will irritate their eyes and skin as soon as it strikes their face.

However, if you spray pepper spray from a long distance, there may be a brief delay before it reaches your intended target. Other people in the neighborhood may be affected by pepper spray accidentally. A Taser may be the better option for immediate, targeted use of force.

There is no one-size-fits-all solution to the Pepper Spray Vs Taser dispute! Use the weapon with which you are most familiar and which you can transport to the location where you are most needed.

The eyes, nose, and throat get irritated from Pepper Spray. It will briefly blind your assailant, but there is no risk of death even with the most potent pepper spray. While tasers are generally non-lethal, they do have a slight potential of inducing cardiac arrest. If you want to use a non-lethal means of self-defense, pepper spray is the tool for you.

Both Tasers and pepper sprays are only allowed for non-lethal self-defense and apprehension under current laws and regulations. The use of shock guns and tasers has been connected to more deaths than pepper sprays.

Tasers have been related to several cardiac arrests, while pepper sprays have been associated with several cases of asphyxiation. If you’re worried about killing someone while defending yourself, the first option is the best decision between Pepper Spray Vs Taser.

Tasers are not legal for civilian use in Hawaii, New York, or Rhode Island (though your state may regulate the size of the canister and impose age restrictions).

Pepper spray is legal in all 50 states (though your state may regulate the size of the canister and impose age restrictions), while Tasers are not legal for civilian use in Hawaii, New York, or Rhode Island. Tasers are legal in several states. However, you must purchase them with permission.

Furthermore, in certain states where Tasers are legal, specific cities have banned them; for example, you can own a Taser in Illinois but not in Chicago. It will help if you examine your state and city laws before making your decision since you don’t want to run afoul of local laws and be prosecuted for possessing a prohibited weapon.

Pepper spray’s small size makes it easy to conceal, but it’s not intimidating at all. Small stun guns can be successfully concealed, or you can flaunt them such that the electricity charging element is evident and audible enough to be scary. Taser versus pepper spray can be as simple as deciding between a warning offense and a surprise defense.

Pepper spray is the more cost-effective option between Pepper Spray Vs Taser. Some high-end pepper sprays are as expensive as mid-range Tasers and Pepper Spray. You could wish to compare products at the same price point to see how the two differ in other variables. If you’re looking for a low-cost, low-key, and easily replaceable line of self-defense, we recommend Pepper Spray.

Is It Better To Have Pepper Spray Or A Taser?

While providing some protection, Pepper spray can be blown away or back into your face by the wind.

Will Pepper Spray Stop An Attacker?

When it comes to stopping an attack, don't rely just on pepper spray. Flee to a safe location and call the police as soon as possible if you pepper sprays an attacker. Do not attempt to apprehend your assailant.

Is A Taser A Good Self-Defense Weapon?

Stun guns have been demonstrated to be non-lethal self-defense products that are both safe and effective. They do not harm an attacker in any permanent way.

Will A Taser Stop An Attacker?

The Pepper Spray Vs Taser battle was entertaining. Despite its popularity as a self-defense and law enforcement tool, the Taser pales in contrast to its chemical agent cousin. Its viability is hampered by the expensive price tag, required precision, limited penetration ability, and regulatory constraints.

Pepper spray may stop a threat from a distance of 15 feet and paralyze an attacker for up to 45 minutes (far longer than a 30-second ride), is legal in all 50 states, and is inexpensive and straightforward to apply.

Scroll back to top